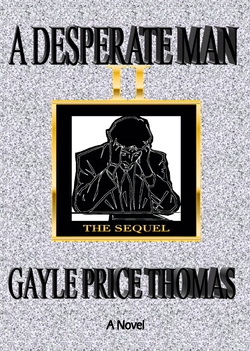 It was well worth the trip, flying to Washington D.C., Reuben got in and out of Central Intelligence with the help of some friends. Quickly, Reuben turned the pages of his wife's records that he had printed out from Finch's computer. When he got to the page with the chromosomes of the clone's and Norrell's, he began to compare the two. And what he saw threw him for a loop. Some of the chromosomes, in fact, many didn't match the ones from Finch's file of the clone's. Without a second thought he went over them again and got the same results, they didn't match his wife's chromosomes. Not only did they not match, but he also discovered that the clone had more chromosomes than Norrell.

Astonished at this revelation, Reuben was more confused now than ever. Had Finch messed up something and did something that he shouldn't have and all for the sake of money? Reuben wondered with a frown on his face.
"How can this be? How?" He asked a second time. Something went wrong. Finch had step out when Reuben arrived at his villa, and as soon as Finch returns, Reuben swore he would find out what happened. He would force Finch to tell him what made the chromosomes different and most of all. . . why.

"Of course we need to talk. And I do mean talk." Reuben said. So they finished their meal and then went to the lab. Now, Reuben is ready to strike. Reuben asked Finch to follow him to the computer where the disc had not been taken out. He scrolled through the documents and when he found the chromosomes, he asked Finch to compare the ones of his, with the ones of the government, which they experimented with from the clone's. When Finch saw the chromosomes he felt light headed.  He saw what Reuben had seen, and that they didn't match Norrell's. "Andrew, can you, explain to me, why the choromo's don't match?"

Finch studies the photo for a few seconds, while shaking his head at the same time, and with a look of confusion. Dr. Finch had never shown that trait before. "This is impossible! I did everything to the letter. You know that Reuben." Reuben wanted him to sit down and explain why this confusion of the chromosomes.

"But it doesn't make much sense. If she was cloned from my wife, wouldn't they have the same identical chromosomes?" Reuben asked.

"Well, yes, but sometimes things aren't guaranteed. I studied everything in nature from decoding to recombinant, to rapid sequencing. I don't know and don't understand it all." He said shrugging his shoulders.  Reuben watched him like a hawk, Reuben watched his expression and didn't like what he saw.

This  new attitude of Finch had Reuben feeling that something fishy was happening right before his eyes.  But what Finch didn't know was, Reuben spent most of his time, thinking. He thought about the  reasons, logic, and the process of elimination. Reuben figured there could be only two things that could have happened. One, the chromosomes that Finch had must have gotten mixed up somehow or the chromosomes came from someone else .

The bottom line is, there is no way around it, but he would give Finch the opportunity to tell his theory. And Finch was just too smart to make such a gravely mistake in the work he loved so.  "This is mind boggling to me this couldn't be. I was impeccable when it came to amalgamating the cells. I made sure that I united them at the precise temperature. I did everything to the letter, everything. I Just don't understand." He said with a puzzled look. But Reuben wasn't buying. Something wasn't right with Andrew. He didn't seem too alarmed about the situation. He acted too cool about it. The more Reuben observed Finch, the more he became convinced, that the fair weather doctor knew more than he was letting on. Finch kept tapping his fingers on the computer keys with nothing showing on the screen. And then he would shift his body around in the chair, like he was so uncomfortable.

When Reuben had become full of it, he just came right out and asked Finch what caused the chromosomes to be different, if they were indeed taken from Norrell. "Finch I am going to asks you one more time. Why are the clone's chromosomes different from Norrell's?" Reuben wanted to strangle him.

"It wouldn't make any differences if I told you now. There's nothing that can be done about it." With that being said, Finch turned off the computer.

"I believe you are stalling. I want to know what happened. Don't play me for a fool Andrew." Reuben said as he begins to walk slowly towards Finch. The way Reuben approached him and the look in Reuben's eyes, alarmed Finch so, that he quickly got up from his seat, as though he were about to defend himself.

"What makes you think that I know what happened? Andrew asked, and then he realized how foolish he sounded.

"Because you told me... you guaranteed me! You guaranteed us! You Bastard! That she would be the same as Norrell. Remember, you swore to me and Norrie, that the clone would be fine, and that we could go on and live our lives as usual. But it didn't happen! My life was in chaos! Her life was in chaos! I lost my wife! I lost the clone! She practically torn my family apart! He shouted, and then he said, "For heaven sakes, I almost committed..." Reuben caught himself, he took a deep breath and then continued, "I want to know what in the hell went wrong you son of a bitch!! By now Reuben had become irate and was ready to punch Andrew.

After the shouting match, Reuben walked up to Andrew and stood eye-to-eye. "Now, I want to know what happened in the lab when you cloned her." He said in a  much calmer voice, "Maybe I should inform you, that I have a tape, sealed away with our conversions about the project. And all I have to do is make one quick phone call and it's good as done." However, little did Finch know, there was no tape.  Reuben had to make Finch believe that he had something big, to hold over him, in order for him to get at the truth.

Apparently that did it.  Finch is now ready to sing like a Mockingbird. "I. . . I don't know where to begin. . . or how to. . ." he said clearing his throat. He continued. "Well, I wanted to make sure that I had everything, and a second plan, if something went wrong with the first. . . ." Finch decided to take a seat and recollect. He could envision that time like it was yesterday. Reuben then took his seat but his eyes never leaving Finch. What answers could he possible give to amend this crucial mistake, Reuben wondered. Dr. Andrew Finch begins to tell all as he took his mind back to the year 2001. "I needed to go to the main land in Pandora I wanted to . .  ."

A Desperate Man is available on amazon.com in these formats, Kindle $2.99, hard cover @ discount prices! Can buy New or Used. Also, available at Barnes & Noble, Alibris, eBay, and Goggle Books. ADM can also be downloaded to your PC or MAC! Happy reading!

Thank you for reading this Sneek- Peek of, "A Desperate Man II: The Sequel."

This portion of, A Desperate Man II: The Sequel, is intended for reading purposes by viewers only.
*No portion of this reading material may be reproduced or copied in ANY from without permission from the author.*