Excerpt Part 2: On the Run 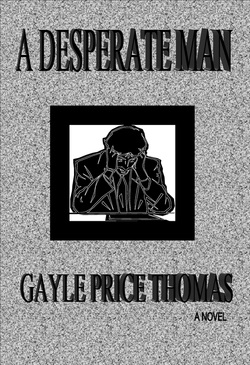 “You can’t be serious! She’s not in any condition to leave now. The woman is out of it, and I’m diagnosing her as a paranoid schizophrenic. I won’t allow it. Besides she’s still under the authorities,” the doctor protested.

Reuben quickly left the room and found his way to Norrell’s room, he kicked in the door. Norrell lay there, still in restraints, looking afraid and helpless. “Reuben,” she said, her voice trembling. “Help me, please.” He picked her up, carried her out of the room, and rushed past the nurse’s station. An orderly tried to stop him, but Reuben made his way through. The doctor had the charge nurse call security as the alarms sounded.

One nurse yelled out, “Someone, stop him!” as she ran around the nurse’s station. When security came to the floor, Reuben was long gone. He did not stop moving until he was out the door. Moving fast he put Norrell in the car and told her everything would be alright. He would take care of everything. Reuben jumped in the car and sped off. Driving like a maniac, weaving in and out of traffic. Praying not to speed past a cop or cause an accident, his destination: the New Orleans International Airport. Reuben had to get there fast. His mind was so over loaded that he almost missed his exit. When they finally arrived at the airport, he thought that they were home free.